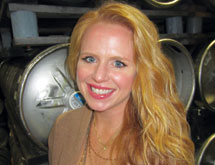 Within the southeast Michigan communities it serves, O&W Inc. is more than just a beer distributor – it’s a central part of the community. For more than 70 years, the now Ypsilanti, Mich.-based company has built a solid base of brands and retail customers by making them feel they’re part of one big family.

A close-knit atmosphere comes naturally for O&W Inc., now in its fourth generation of ownership within the same family. “We treat all of our employees as if they’re a part of our family, and everyone knows each other,” says Vice President of Marketing Kit Morgeson, who along with her sister, Jamie Brooks, represents the fifth, and youngest, generation at the company.

Morgeson’s great-great-grandfather William Seagart founded the company in the mid-1920s as a means to supply non-alcoholic beer and soft drinks to his family tavern in Ann Arbor and other establishments in the region during Prohibition. After Prohibition was repealed, Seagart retained ownership of the tavern and passed the distribution company to his son-in-law James O’Kane. O&W Inc. was formally incorporated in 1956 by O’Kane and his son-in-law, Hugh Wanty, who joined in 1948. Seagart’s tavern, the Union Bar, remains open today as Old Town Tavern.

During the 1960s, Wanty sought to expand the company’s reach by acquiring other regional distributors. A major benchmark came in 1967, when an area Miller Brewing Company distributor was purchased. Hugh Wanty’s sons Jim and Doug joined in 1972 and 1983, respectively, and ultimately took over the company upon their father’s retirement in 1990. Jim and Doug Wanty’s major accomplishments included tripling the company’s business after purchasing a neighboring distributor in 1998 and constructing a warehouse in Ypsilanti in 2003.

“My father, uncle, sister and myself all grew up with this company and have done a little bit of everything here,” Morgeson explains. “Whether it is going out into the market and talking to our customers or trying to recruit new brands to the state, our history is something that we are proud of and the dedication to our local communities is what differentiates us from our competition.”

Feet on the Street

The company carries more than 70 brands of beer, from national brewers like Miller to local craft brewers.  While the company’s region was particularly hard hit during the national recession as a result of automotive plant closures and a population decline, O&W Inc. has been able to manage because of its diverse market, which includes several college campuses. “We’re overcoming obstacles in our region by working hard in our existing markets, bringing value to our customers, having the best products and coming up with special events and promotions,” Morgeson adds.

O&W Inc. is beginning to see a rebound in business and new opportunities including potential distributor acquisitions and partnerships with local craft brewers. “We’re excited about adding brands and getting more beer on our trucks,” Morgeson says. “As local brewers think about going to market we want to share our knowledge with them and the challenges we might face to help them improve their business model and be successful.”

O&W Inc. has in recent years expanded its sales team to better cover local fairs and festivals. “What really separates us is our ability to call on our customers and the way we set up our selling teams,” she adds. “The amount of feet we have on the street is unmatched by the competition.”

Many of O&W Inc.’s staff members have been with the company for at least five years. The company’s sales managers in particular each have a minimum of five years of tenure. “People tend to stay here and ultimately retire from O&W Inc.,” she adds.

The company gives more than $50,000 annually to a number of community organizations and charities including medical research groups, universities, arts groups and schools. O&W Inc. also distributes Bo Merlot, a merlot launched by Cathy Schembechler, the widow of University of Michigan football coach Bo Schembechler. Of every bottle purchased, $2 is donated to the Heart of a Champion Fund for the University of Michigan Cardiovascular Center.

O&W Inc.’s promotional efforts include partnering with major brands on custom packages, such as Miller Lite’s sponsorship of the Detroit Red Wings and Detroit Tigers. “What we do best is we take everything that makes those beers what they are and try to convey that to our marketplace,” Morgeson says.

Its other custom point-of-sale promotional devices include signs, stickers, QR codes and pamphlets. It also highlights its products through a Facebook page.

“Our main goal is to grow our company as well as our brands,” Morgeson says. “We’re here to help Michigan continue to grow jobs and hire people.”