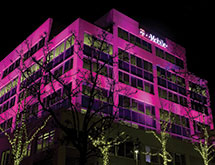 T-Mobile, the fourth largest cell phone and wireless network provider in the country, is aggressively working to win new customers away from its competitors– AT&T, Verizon Wireless and Sprint – with its year-old “Un-carrier” strategy. And it’s working. T-Mobile added 4.4 million customers in 2013, making it the fastest-growing U.S. telecom last year.

Companies dream of having this kind of “problem” – even the guy in charge of managing the supply chain.

“Supply chain management tends to be reactive, but there is enormous value to be created if those managers work with the business to drive change,” says Flavio Rossi, T-Mobile’s senior vice president of procurement and supply chain operations. “Our JUMP program is a perfect example. We partnered with the product marketing team to leverage our supply chain capabilities to create the first no-hassle upgrade program in the industry.”

Rossi is responsible for procurement and supply chain operations for handsets and accessories and for all indirect procurement categories. His team supports all movement of products, including forward and reverse logistics, repair, forecasting, inventory planning and fulfillment. The born-and-raised Brazilian has a degree in foreign trade and came to the United States in 1996 to get his MBA. He worked in telecom and supply chain management for such firms as Lucent Technologies and Alltel before joining T-Mobile five years ago.

T-Mobile’s Un-carrier strategy has involved rolling out a series of new enticements over the course of several months. These have included unbundling device costs from service charges, getting rid of service contracts, buying customers out of their contracts with rivals by paying their early termination fees and offering the JUMP upgrade plan, in which customers can upgrade their phones anytime for a $10 monthly fee.

“Our goal is to eliminate consumer pain points, which is not what traditional carriers have done to drive revenue and build margins,” Rossi says. “We are offering transparency to the customer so they can see the real cost of the handset and service. And customers can leave whenever they want if we aren’t meeting their expectations. There is the risk of churn, so we better deliver.”

The JUMP program leaves T-Mobile with used devices that need to be quickly turned around and monetized. Rossi’s job is to optimize the reverse logistics and repair process to make that happen. “We had to improve our device recovery and repair network and work more closely with product marketing on a better and more timely lifecycle management, leveraging a total cost of ownership model,” Rossi says. “With IT, we got the reporting and analytics in place and created the visibility into the business necessary to drive future plans and increase accuracy of projections.”

Rossi says another big issue the industry is facing is the significant increase in smartphone penetration. “It increases the average costs of phones we have to buy, which increases cash demands and inventory valuation levels,” he says. “Maximizing inventory efficiency while balancing high point-of-sale service levels is one of the biggest challenges.” T-Mobile minimized this impact by consolidating its U.S. distribution centers from four to one and working closer with channel owners to cater to their needs.

According to Rossi, there’s more work to be done on reverse logistics and repair, and he wants to tackle “additional challenges around systems capability surrounding supply chain,” he says. “One example is, customers cannot go online and purchase a phone and pick it up in the store, and we want to be able to do that.”

“Sustainability is part of managing the equipment lifecycle,” Rossi explains. T-Mobile has made sustainability a core part of its entire supply chain strategy and works to achieve measurable sustainability goals within its operations – an important effort since cell phones are a significant source of waste.

The EPA estimates that about 90 percent of cell phones end up in landfills or are disposed of improperly, which wastes the precious metals they contain and causes pollution and greenhouse gas emissions.

Since 2008, T-Mobile has offered a recycling program to customers, who can drop off batteries, accessories and cell phones – of any make, model or carrier – at any T-Mobile retail location in the United States for recycling. The company has recycled more than a million phones since the program began and now plans to recycle that many phones every year starting this year.

T-Mobile has won numerous awards for its efforts. In 2013, Seattle Business magazine named T-Mobile, which is headquartered in Bellevue, Wash., one of the state’s 50 “greenest” companies. In 2012, the company was a Green Supply Chain Award recipient from the World Trade Group and a Green Award recipient from Supply & Demand Chain Executive magazine.