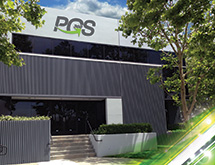 When Prime Global Solutions Inc. (“PGS 360”) takes on a client, it makes sure to learn about their business. “We have to make sure our customer’s supply chain keeps working,” President and owner Mike Katyal says. “That produces a sustainable profitability to the customer’s brand.”

Based in City of Industry, Calif., PGS 360 specializes in cGMP fulfillment, warehousing and U.S. domestic transportation services. A native of India, Katyal began working in supply chain in 1987 as a courier who delivered packages for the graphics industry in Hollywood.

With a pick-up truck, “I worked for two companies,” he recalls, noting that with the advice of his former bosses, he ultimately decided to form his own local package and freight delivery service in 1989.

Over the years, PGS 360 enjoyed organic growth, which led PGS 360 to become an asset based niche long haul LTL and truckload carrier that specialized in three-day service from and to Southern California connecting with the Midwest and Northeast. “We steadily saw growth in the 1990s as we learned our client supply chain needs and continued to provide niche transportation services,” he recalls. “What I learned right from the onset was relationship building with customers, vendors and our employees. To achieve efficiencies, I had an approach of always wanting to improve in every aspect of the services we provided.”

During the ’90s, PGS 360 excelled in serving the impulse driven graphic arts industry. The decade that followed extended PGS 360 into the personal care products industry, which then led the company into its new division of cGMP fulfillment.

In order to keep costs competitive, PGS 360 currently operates in three countries. In addition to its U.S. operations, which include locations in Ohio and New Jersey, the company recently added locations in El Salvador and Costa Rica. PGS 360 U.S. operations are supported by its location in El Salvador. The customer programming for its proprietary system is supported and developed at the Costa Rica location.

“PGS 360 is dedicated to solve the complex supply chain challenges of our customers,” Katyal says. Although its operations base is much smaller than its national competitors, “We compete on every aspect of the service we provide, which involves 360 coverage through specific customer dedicated PGS team operating 24/7. At PGS, we simply don’t sleep because supply chain is always at work,” he explains.

“We don’t ever apply a ‘one rule fits all,’ because it doesn’t,” he continues. “Understanding all of that through our networks and our facilities is key to our survival and our success.”

In 2014, PGS 360 opened its state-of-the-art fulfillment center in City of Industry, Calif. At 75,000 square feet, the facility is equipped with a Hytrol conveyor system, along with custom designed flow racks for picking automation. The facility is 40 percent racked and has over 10,000 square feet of assembly/kitting area.

Part of that focus included achieving FDA registration and training team members in Good Manufacturing Practices (GMPs).  “We [train on everything] from pest control to security to facility sanitation,” Director of Quality and Business Development Brittany Levine says.

“All team members are required to take both proficiency and basic level GMP training on all standard operating procedures as they relate to their job duty,” Levine continues. “We also do annual refreshers to make sure everyone stays on the same page.”

PGS 360 also advises its “start-up” customers. If a new client has a brand to launch in the cosmetics industry, “We’re able to educate and coach them on how to streamline their supply chain effectively,” Levine says.

“We have networks with many different suppliers, fillers or secondary packaging companies that we’re able to refer to these startup companies,” she continues. “We’re able to tell them the proper ways to label and palletize their freight. That is certainly a value-added service.”

PGS 360 regularly invests in itself. “Efficient Routing and load maximization of our fleet operations has been the key to our long haul transportation success,” Katyal says, noting that this led the company to develop proprietary software that has been a key to its success and sustainability.

Clients can view their supply chain via this system, Levine adds. “They can see part numbers and SKU history,” she says. “It gives them all of their inventory at their fingertips.”

PGS 360 added the system in 2008, but did not let it remain stagnant. “We’re constantly improving our modules and adding items that deliver efficient results,” Katyal says. “We’re reporting alerts on all segments of services we provide.”

Katyal is proud of PGS 360 team globally. “Year in and year out, the team has been able to keep our customers happy with their supply chain,” he says, adding that the PGS 360 team works well together, no matter where the location.

He regularly visits its locations in Costa Rica and El Salvador and finds that both facilities are in tune with the PGS 360 culture in the United States. “Our team simply loves the culture of PGS 360,” Katyal says.

He predicts continued success for PGS 360. “The future is  bright and exciting based on what was achieved in 2015 with our customers and vendors in both transportation and fulfillment division,” Katyal says.

He adds, “PGS 360 for many years has been striving to break above the small business status, which has been quite challenging. With the current infrastructure in place, I do predict that our firm will see growth that leads us to break above the $10 million revenue mark and continue with double digit growth for the next five years.”