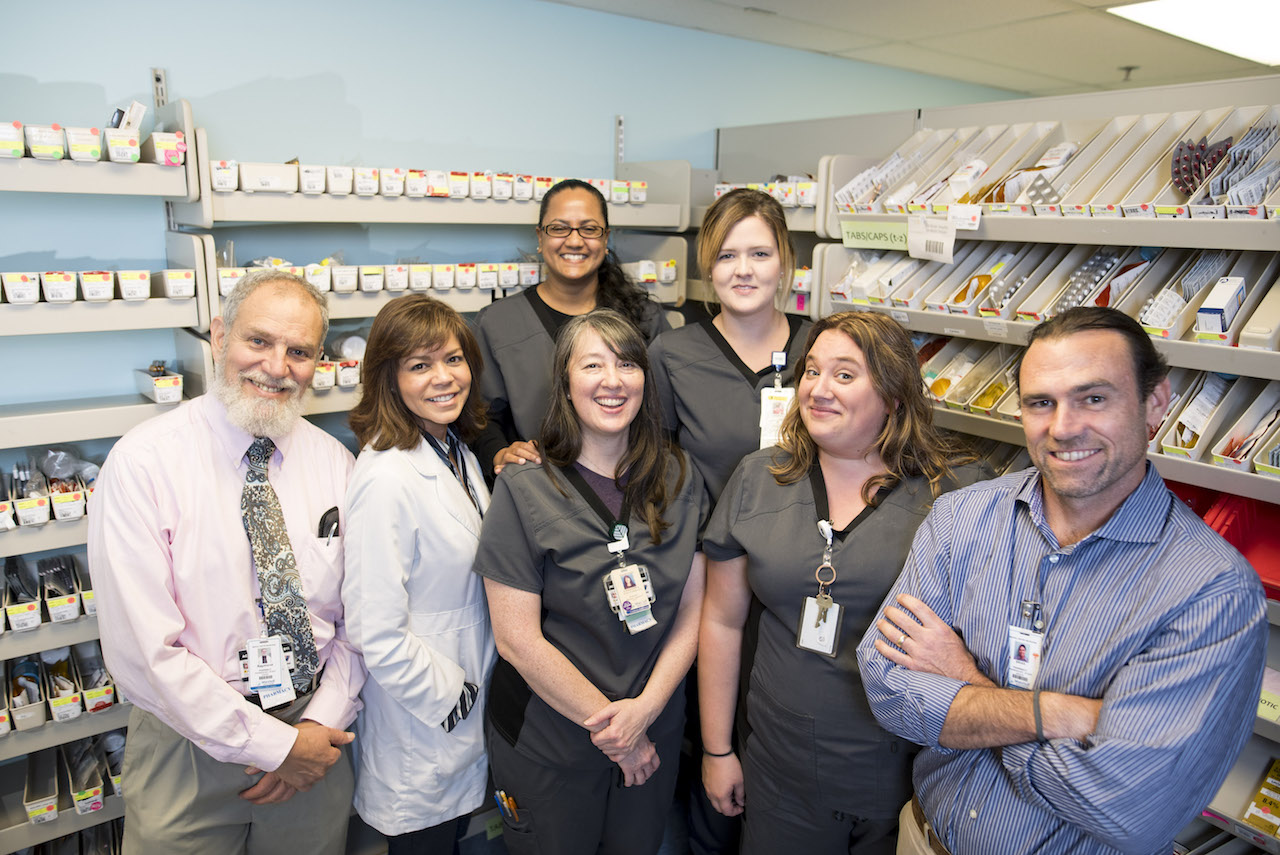 Unlike most supply chain executives, Keri McCrensky, vice president of supply chain for Steward Health Care, did not cut her teeth handling various issues with ordering and pricing that inevitably come up in supply chain management. Instead, she started her career in healthcare IT and data analytics, which gave her significant experience in creating interfaces and building infrastructure designed to streamline complex tasks such as managing contracts and purchase orders.

“My prior operating room and RFID inventory optimization experience gave me a ton of perspective in dealing with complex issues,” 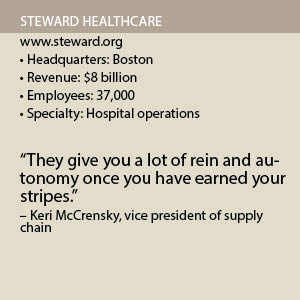 McCrensky says, “even though I didn’t grow up in supply chain.”

Her engineering background has served her well, and prepared her for a massive modernization project at Steward. In January 2016, she was promoted to vice president of supply chain to lead a dramatic turnaround of a billion dollar supply chain for a 10-hospital integrated delivery network (IDN).

To understand how far Steward has come in a short amount of time, it helps to know what the company did not have to begin with, a contract management system, for example. “We did not have an accurate repository of contracts and price files, which resulted in incorrect data in our procurement system,” McCrensky says. “It ultimately created a lot of rework for us downstream and cost the system money due to expensive off-contract spend.”

To solve the problem, McCrensky and her team quickly developed their own in-house contract management system. Just as importantly, the team had to create some buy-in at the facility level, so relationships were established with local materials managers and operating room buyers.

“We are never going to say we want the cheapest products,” McCrensky explains. “In the end, the goal of the process is to purchase the best products at the best prices so Steward can provide high-quality patient care. We had to standardize the products we were using so we could commit more market share and higher quantities to get better pricing.”

For a health organization such as Steward, the majority of the supply chain spend is tied up in surgical services (operating rooms), cardiovascular services (cardiac catheterization and electrophysiology labs), and interventional radiology. “Typically, 80 percent of our purchase order spending is consumed in those three departments,” McCrensky explains. “But too often items were being ordered that did not have a contract.”

While relationships improved within Steward, McCrensky still had the task of improving relationships and communication with the vendors themselves. “When I first arrived here, we wanted to establish better relationships with vendors,” McCrensky explains. “So we figured out ways to pay them faster by implementing the contracts correctly on the front end. This signaled to the market that Steward was a better partner. But it also allowed us to data-mine the entire contract portfolio for the first time ever, and dramatically improved our leverage at the negotiating table.”

Just as important, McCrensky sought better pricing with complex items, such as implants and screws that are used to treat spine injuries. “There is so much complexity, one screw can literally have one hundred different sizes,” McCrensky notes. “We are obsessed with how we collect, handle and analyze data because it drives automation, operational efficiencies and our overall supply chain strategy.” Within the first year, McCrensky saw strong results – price exceptions dropped 63 percent, on-contract purchases increased 200 percent, and seven times more contracts were completed in 2016 than in 2015 – all with less staff.

Additionally, McCrensky was able to change her group purchasing agreement. Traditionally, many hospitals belong to membership groups, similar to group cooperatives, that can benefit from enlarged buying power and thus receive better pricing. Again, vendors have been pleased. “They are happy we put our money where our mouth is,” she says. “The vendor community likes it, we are better partners and we have better relationships. We are both winning.”

Once McCrensky’s group showed dramatically improved results, Steward Health Care had a strong platform in place. Now, the organization has begun to expand. In spring 2017, the group purchased eight hospitals throughout Ohio, Pennsylvania and Florida for $304 million. Though there was a brief transitional phase to get all hospitals on the same network, McCrensky notes the eight hospitals will be folded seamlessly into the network after only six months, which is unheard of.

“We have gotten all the kinks out and introduced transparency,” McCrensky notes. “Really, we have made things as easy as possible.”

The framework McCrensky has built will become even more vital moving forward. Steward announced in September that it closed on a nearly $2 billion deal with IASIS Healthcare in Franklin, Tenn., to acquire 18 hospitals in Arizona, Arkansas, Colorado, Louisiana, Texas and Utah. The acquisition makes Steward the largest private hospital operator in the country. It should give Steward even more leverage with its suppliers in reducing spending on medical supplies.

While McCrensky looks ahead to getting the new hospitals on board, she also credits a strong culture with the success of her group. “They give you a lot of rein and autonomy once you have earned your stripes,” McCrensky says. “It’s a physician-driven organization that moves quickly without the bureaucracy typically found in healthcare.”