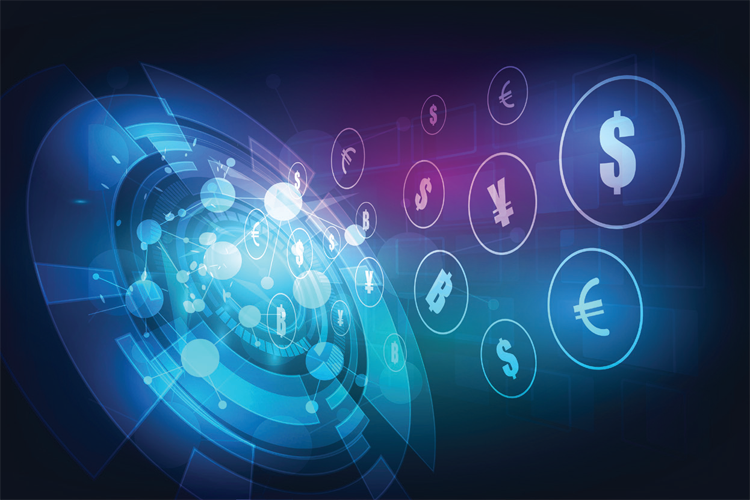 As the global economy emerges from the pandemic order volumes are surging, but many suppliers are struggling to fill them. According to Tradeshift’s Quarterly Index of Global Trade Health, global order volumes have risen by more than 20 percent since the beginning of 2021, but payment of invoices is still lagging. In other words, buyers don’t want to part with cash, and it is hurting sellers and the overall health of the supply chain.

Supply chain operators were caught flat-footed by the pandemic. Limited visibility into complex and extended supply chain networks meant that many operators were unaware of disruptions in their supplier networks until it was too late. And as the pandemic spread, buyers applied the emergency brakes on activity in anticipation of a long recession. Orders dropped off a cliff and suppliers were forced to run down working capital reserves to stay afloat.

But the recession never came, at least not to the extent many were expecting. Instead, order volumes rose as consumer demand sprang back to life. And that trend has continued to gather momentum. What’s left is a problem. After running down their cash reserves, suppliers are running on empty. Cracks are starting to appear.

As the recovery gathers momentum, research conducted as part of Tradeshift’s Index of Global Trade Health suggests that as many as one in five suppliers are struggling to cope with the uplift in demand. There are a number of contributing factors, but a recurring theme centers on the lack of working capital flowing through supply chains to support suppliers as they ramp up production. Nearly a third of suppliers we surveyed had seen their cash flow position deteriorate over the past six months. Nearly half said that they’ve seen an increase in the number of late customer payments since the beginning of the year.

A big part of the problem stems from the highly manual processes, which still govern global trade. We tend to think of supply chains as these incredibly sophisticated machines, but underneath it all, they’re currently held together by the exchange of paper-based documents. A study by AP Moeller Maersk found that the shipment of one container from Kenya to the Netherlands required over 200 document exchanges between 100 different people, generating a paper pile 25cm high.

There is a growing acceptance that digitalization is the only way for buyers to build the transparent and collaborative relationships with suppliers they will need to weather future disruptions. But most business software is simply not up to the job.

Rather than making it easy for businesses to connect with one another, the majority of digitization projects fail because they’re designed in islands. Every 1:1 connection is a project in itself, requiring significant time and effort from both the buyer and the seller. Buyers aren’t getting the visibility and flexibility they desire from digitalization, and suppliers are reluctant to connect to systems they regard as an additional layer of complex and time-consuming process they have to navigate just to get paid. It is no wonder that even the most successful supplier onboarding initiatives tend to level out at around 20 percent adoption rates.

So what’s the answer? The ubiquity of mobile, internet and social media mean that our personal lives are increasingly governed by a series of digital relationships. Why should the way that buyers and suppliers interact with one another be any different? A new breed of cloud-based supply chain platforms are taking inspiration from sites like LinkedIn and have a vision to connect every company in the world digitally. These platforms make it incredibly easy for buyers and suppliers to connect and share information with each other on a single network.

Establishing this digital foundation opens up a far more holistic view of trading relationships that mirrors the highly complex and interconnected nature of modern supply chains. It allows decision makers to spot single points of failure and make informed choices quickly about how to manage them.

The robust data that comes from digitalizing these relationships also plays a critical role in addressing liquidity issues facing suppliers. Arrangements like supply chain finance are designed to free up liquidity so that smaller businesses can make much-needed investments into their own businesses. However, supply chain finance has largely failed to support suppliers because many of them appear too risky for financial institutions to extend a line of credit.

Financial institutions are more willing to fund smaller suppliers if they have a higher level of visibility into their transaction histories, and that’s where digitization initiatives benefit the supplier. A new wave of technology-driven financing mechanisms are springing up to help small businesses unlock access to capital in ways which would be impossible using traditional paper-heavy systems.

Christian Lanng is CEO and co-founder, Tradeshift, a market leader in e-invoicing and accounts payable automation and an innovator in B2B marketplaces and providing access to supplier financing. Its cloud-based platform helps buyers and suppliers digitize invoice processing, automate accounts payable workflows and scale quickly. Headquartered in San Francisco, Tradeshift’s vision is to connect every company in the world, creating economic opportunity for all. Today, the Tradeshift Network is home to a rapidly growing community of buyers and sellers operating in more than 190 countries.
www.Tradeshift.com