Back to Profile Gallery > Sprint 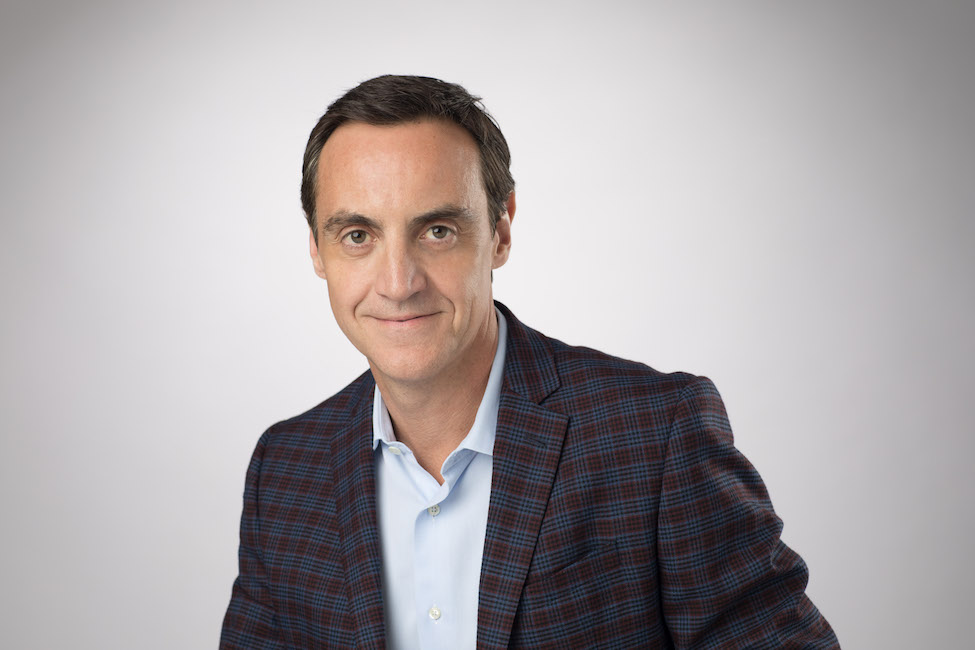 Sprint eyes more growth after another successful year in its turnaround.
By Alan Dorich

Everyone loves a good comeback story, and for the last four years, telecommunications company Sprint has been back on the rise. “We’re excited,” says Mariano Legaz, chief procurement officer and senior vice president of real estate. “We’re in the middle of an aggressive plan to roll out a next generation 5G network.”

Overland Park, Kan.-based Sprint offers wireless and wireline services under the Sprint, Boost Mobile, Virgin Mobile and Assurance Wireless brands. The company started operations in 1899 and has grown to be the fourth-largest telecommunications company in the United States, with 54.6 million connections.

However, in 2013, Sprint was in need of a reorganization. “The company, at that moment, was losing customers, draining our resources and having a negative cash flow,” Legaz admits. “It wasn’t really a good trajectory.”

But its fortunes changed when CEO Marcelo Claure joined its team that year. Claure, who had made Brightstar the world’s largest global wireless distribution and services company, designed a five-year turnaround plan for Sprint.

One of the major pillars of the plan was reducing costs, which Sprint has achieved. Between fiscal years 2013 and 2017, the company has successfully cut more than $1 billion from its cost annually; nearly $6 billion reduction in Cos and SG&A.

Sprint’s supply chain operation has supported the company’s turnaround. This included centralizing the operation and hiring additional talent. “[We brought] in professionals in different areas with very strong skills and experience,” Legaz says.

“We were in a pattern of not spending a lot of money and now it’s different,” he continues, adding that the procurement department also looked at improving its internal processes. 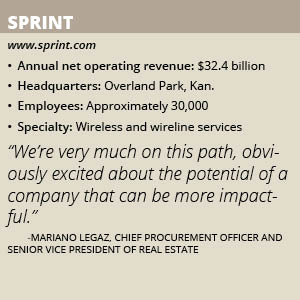 Sprint, he adds, has been able to transfer its benefits to its customers, which included providing unlimited service. “We were the first to launch an unlimited plan,” he says, noting that competitors such as Verizon soon followed. “We take pride in being the first to push everybody to follow that.”

But Sprint’s work is not finished, Legaz asserts. As Sprint enters into the next year of the comeback plan, it also has started a merger with T-Mobile and plans to lead the way in mobile 5G services.

“We’re very much on this path, obviously excited about the potential of a company that can be more impactful,” he says. “It’s a good time for us.”

Four years ago, Sprint saw the start of the trend of customers viewing content on their devices. In recent years, Legaz says, that percentage has only increased, which drives the need for the company to grow its capabilities.

“It’s all about video, real time data and IoT,” he says, adding that Sprint recently announced its plan to build the first fully mobile 5G platform in the world, which will bring benefits to businesses.

Not only can users have remote access to data, but they also can use their devices to control their business operations. This will cover “everything from fleet management to healthcare device management,” he says. “Technology has now gone in a whole different area.”

This also will reduce the length of time between a user pushing a button in a remote location and that action being reflected on a device. “That’s when IoT is going to be taken to a different dimension,” Legaz says.

Sprint has strong relationships with its key suppliers, which allows it to make decisions quicker than other companies. “Our vendors, who work closely with us, like that we move fast,” Legaz says. “We’re not afraid of trying new things.”

The company’s enterprise and procurement teams will soon meet with several suppliers to share priorities for the coming year. “

We’re bringing people on the same page of our critical strategy,” he says. “That reinforces the partnership and gives a much better view of where we’re going.”

Legaz, who joined Sprint more than two years ago, has been in telecommunications for his entire career. This started when he worked for a small firm in his home nation of Argentina and then began working for GTE.

When that firm became Verizon, Legaz moved to the United States. The first half of his career, he notes, was spent on the network planning and engineering side, but the second was in sourcing and procurement.

Legaz is proud of Sprint and how it has changed course to a company that is now on the path to exponential growth. He praises its team, which continues “finding ways to reduce cost to generate value.”

There are points where it seems like the company has exhausted its options, but its associates continue to find more ways, Legaz asserts. “We make changes, we reduce waste and create efficiencies,” he says.

“I see our procurement teams every day trying hard to be creative and be relentless to find those resiliencies,” he says. “The ‘never give up’ mentality is something that makes me very proud.”

He sees growth ahead for Sprint as it creates 5G in the United States and the rest of the world. “We also are excited about gaining a whole new level of capabilities by combining forces with the proposed merger with T-Mobile,” he says.

Legaz’s group also will be in its fourth year of creating Sprint’s new supply chain. “We are emphasizing speed and visibility of information,” he says. “We are starting to make improvements and real meaningful enhancements.”

Sprint’s future, he notes, will focus giving its talent more tools. “I will make sure to [direct] where the key priorities are for us in the next year,” Legaz concludes.