Back to Profile Gallery > Contanda Terminals 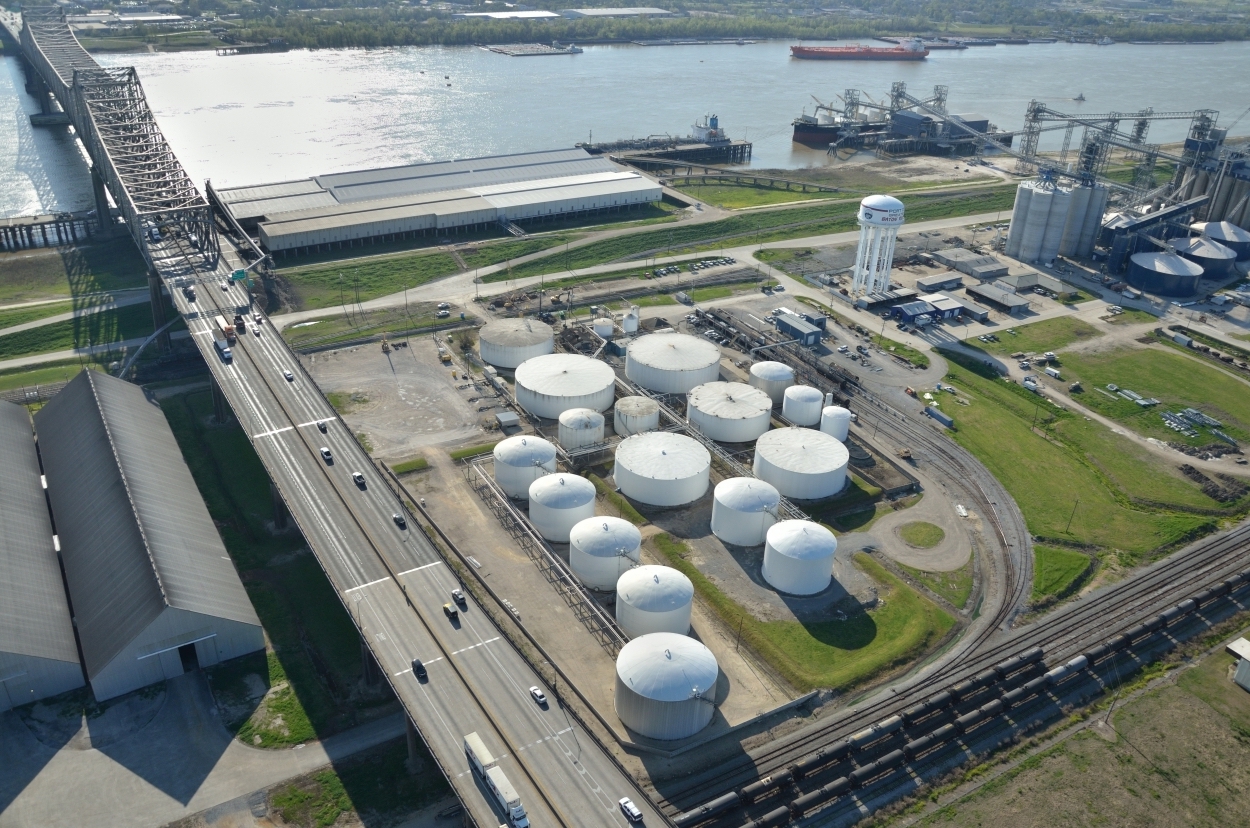 For Contanda Terminals, the key to its success is its team of passionate employees who are driven to branch the company out into new markets. “It’s been fun, challenging and rewarding to experience the differences in each of those markets,” President and CEO G.R. “Jerry” Cardillo says. “It’s our employees that make our company go.”

Houston-based Contanda specializes in bulk liquid storage solutions and value-added services for an array of industries. Cardillo explains that the company originally focused on the trading of molasses and feed before eventually moving into a multi-commodity platform. “We’ve embarked to a broader array of product lines,” he says.

Today, Contanda handles products such as specialty chemicals, caustic soda, acids, fertilizer, petroleum, base oils, biodiesel and wax. Approximately 40 percent of its work, Cardillo notes, is related to petrochemicals. “A lot of it is being driven by the renewable energy market,” he adds.

Contanda, he notes, tailors its services to meet its clients’ requirements. “Whenever we’re in discussions with a customer, we’re reviewing their needs,” he says, adding that the company looks at how it can insert itself into the clients’ value chain.

Cardillo joined Contanda in April 2016 as its president and CEO. “The bulk of my career has been in the energy side of the business,” he says, adding that this included positions at Chevron Corp., Enterprise Products and Koch Industries Inc.

In his previous experience, Cardillo helped grow large businesses. “The board felt my skill set complemented this company, and they were right,” he says, noting that he set the goal of doubling Contanda’s capacity by 2022.

“I started at roughly a 7-million-barrel capacity company,” he recalls, noting that the first step in his plan to grow Contanda is its new Houston Jacintoport Terminal. When finished, it will provide up to 3 million barrels of additional petrochemical and hydrocarbon storage capacity, as well as a deep-water ship dock, two barge docks, and  truck and rail infrastructure. 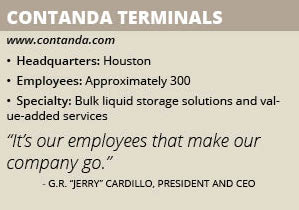 According to Cardillo, the expansion will build on the company’s already established presence in Houston. It also will meet the growing needs of customers who require additional storage and logistics services to support their growth initiatives.

The terminal, which will start construction in October 2018, will be operational in the fourth quarter of 2019 and add a third Houston-based bulk liquid storage facility to the company’s portfolio.

But it is not the only project Contanda has planned, Cardillo notes.

It also has its Houston Greens Bayou Terminal, which is under commercial development and will be operational in 2021. Contanda acquired a 350-acre site on the Houston Ship Channel for the project through a long-term agreement with the Port of Houston.

“Between those two projects, we’ll more than double the capacity of the company,” he says. “We’ve also got five other projects that I haven’t announced yet.”

Technology is a strong area of investment for Contanda. Cardillo explains that the company is building its new terminals with automation and currently implementing automation where possible at its existing 14 terminals. Automation provides optimized logistics and product flow throughout the terminal while reducing incident and safety risks.

“We’ve also started implementing some digitization at our Houston-based terminals,” he says, adding that the company recently completed digitization of its tank inventory and remote monitoring at its Houston Magnolia Park Terminal. “We embarked on that journey six months ago.”

But there is still more work to be done at the location. While the first portion focused on monitoring and high-alarm management, the second will concentrate on scheduling and optimization of its automated valves and pump circuits.

“That’s what we’re working on right now,” he says, noting that digitization gives Contanda many benefits, including increased safety protocols. “Anyone can see what the tank levels are.”

Contanda strongly values its relationships with suppliers. For the past year, “We’ve been focusing on a whole master service program, and signing master agreements with them,” Cardillo says.

The master service program establishes and outlines Contanda’s business relationship with its vendors allowing both parties to respond efficiently to upcoming projects.  The terms and conditions are negotiated well in advance of the project commencement resulting in a more efficient relationship.

The firm also focused on assembling a diverse base of suppliers. “We have vendors that dredge, build tanks, do electrical work and blending services for us,” he says, noting that this variety works well for Contanda.

For example, if the company undergoes complicated processes such as earning air permits in California, it knows that it has suppliers it can rely on. For that, “You need a whole set of vendors to work with,” Cardillo says. “They all have unique filings that you have to do with the local jurisdictions.”

Contanda’s master suppliers include Yokogawa Corporation of America, with which the firm has had a long relationship. “They’ve been a good vendor of ours and very strategic to us along with many other vendors we work with on a daily basis,” he says. “They have been very supportive and instrumental in our digitization infrastructure planning and implementation.”

Cardillo is proud of his team at Contanda. “Every one of us here loves the challenge,” he says, comparing the company to a painting. “[We have] the ability to take a blank canvas, sketch out what you want to do and have it show up as a mural on the side of a building.

“For me and our team here, it’s about mapping out our strategy and that’s what’s so exciting and rewarding for me,” he says, noting that he also enjoys watching his people grow and develop. “It’s a real rewarding experience.”

He expects that Contanda will continue to keep busy. “I never try to predict the future, but what I see for the near-term future is a very busy, fast-paced growing company that brings opportunity to our vendors, our employees and our customers,” he says.