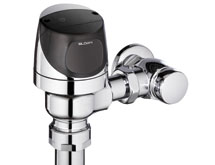 From a supply chain perspective, the Sloan Valve Co. is set apart from other companies by the durability of its products. “There are extremely long product lifecycles,” says Michael Skrypek, director of global sourcing. “We have products in the field from the early 1900s we still support.”

Skrypek previously worked in a supply chain position at a company in the consumer electronics sector where new models of products roll off the line year after year with new upgrades. But in the plumbing arena, the tactics differ. For consumer electronics, he explains, it was “change or die” with the “latest and greatest” new innovations constantly driving the supply chain. In his new industry, it is more about durability.

So how to keep driving cost reductions throughout the supply chain? That’s what makes the challenge facing Sloan unique, Skrypek says.

Since Sloan Valve Co. was founded in 1906 by William Elvis Sloan, “people have taken [the products] for granted. [However], they provide consistency over time and extremely long 20 year plus product lifecycles,” Skrypek says.

Most Sloan Valve Co. products are made in the United States and that is something its competitors can’t say, according to Skrypek. Raw materials are also supplied from domestic sources.

To optimize savings, Sloan Valve Co. market tests and quotes pricing for all purchases every three years. It aims to reduce costs year over year, a goal that is influenced by prices in the raw materials markets. The company’s supply chain and team work together to drive further cost reductions.

It manufactures its valves at a 450,000-square-foot factory in suburban Chicago. It also operates a 160,000-square-foot foundry in Arkansas, as well as its Flushmate design and manufacturing site in New Hudson, Mich., a hands-free technology division in Massachusetts and international divisions in Mexico and China.

Sloan Valve Co. products are designed with water efficiency foremost in mind. In the past, water as a natural resource was sometimes taken for granted. However, as the world population changes, so does water availability and usage.

To that end, Sloan Valve Co. aims to reduce water usage. Its products use less water now than they did even 10 years ago, Skrypek says. Toilets can flush using only one gallon of water. Urinals may flush with only a pint. There are also completely waterless models.

Some Sloan toilet models have two flush modes. If users push the handle down, it flushes using one amount of water and if they pull it up, it will flush with less. Another innovation is automatic equipment that determines if the length of use is less than 60 seconds and adjusts the amount of flush water accordingly.

All Sloan Royal flushometers are made of more than 90 percent recycled material and are 100 percent recyclable. The privately held company has also spearheaded the development of sensor-activated bathroom technology for optimal hygiene and energy efficiency.

“We have a superior product line. We will continue to grow within our marketshare and grow elsewhere. We are always learning and always growing,” Skrypek says. “Without that ability, its very difficult to keep a positive flow in the supply chain.”

Sloan, he notes, has a “great thought process” and is “agile to move with changes.” Sloan is customer-focused and feedback from the field is key to success. ­­­