Back to Profile Gallery > IMC 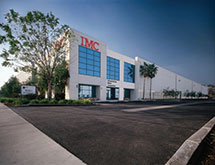 As a leading distributor of OEM import replacement parts for German, Swedish, British, Asian and domestic vehicles, Interamerican Motor Corp. (IMC) understands what its customers need. For its direct customers – automotive repair shops and wholesale distribution companies – IMC wants to be as “predictable, reliable and consistent” as possible so they know the outcome every time they place an order, President and COO Matthew Johnson says. For the indirect customers, the end-consumer – vehicle owners – IMC understands that they want everything just-in-time. IMC’s dedication to continuous improvement helps it consistently meet both of those needs.

But IMC’s long-term quality reputation also gives customers confidence. Founded in 1962, IMC started out as a supplier of Volkswagen parts, and its program became the industry standard in 1977. Over the years, it added programs for BMW, Mercedes and Asian parts. The company carries approximately 80,000 SKUs from more than 300 suppliers representing more than 40 countries.

This backbone of the company – strong programs and extensive inventory – has driven its success, but IMC has spent the past several years aggressively expanding. Improving its service, IMC has added several new locations to get closer to its customers.

“Everyone wants just-in-time, so we moved closer to our customer base,” Chief Supply Chain Officer Andy Hicks explains. “We had one location in the Bay Area of Northern California, but we were traveling all over the region, so we added three more locations and now can provide one-hour delivery of parts.”

“We made a shift because of the needs of the market,” Johnson says. “We had a location near Dallas/Fort Worth, but we relocated it to be in the heart of our customer base in that area. We increased growth in that area and are exceeding expectations. Our additional branches have really outperformed our estimates.”

It has been important for IMC to “define a better way” to do its business and ensure ongoing growth, Hicks says. Part of that involves increasing its inventory – it had 45,000 SKUs in 2000 and now estimates that it needs at least 80,000 SKUs to properly serve its customer base. “On our vendor side, we are constantly exploring the world,” he says. “We do global sourcing and ensure we are sourcing correctly at the right acquisition cost. That way we can give the best price to the consumer.”

Hicks notes IMC has seen an 80 percent improvement in productivity and 40 percent reduction in real estate costs because of its efficient operating platform and new sites.

“We put in SAP a couple of years ago, but now we’re really leveraging the system to its full potential,” he says. “We have a fairly new management team, and some of the key operations team members’ background includes grocery, so we laid out our warehouses in the same fashion. Dock-to-shelf is much faster and we cut out five days in transit time. We also have a great real estate team.”

“The efficiency really is impressive, I haven’t seen anything like it,” Johnson adds. “Our team went from signing a lease to opening several of our new locations in less than 60 days. It was an exceedingly strong accomplishment.”

Most of IMC’s new sites have been in existing markets, but it also expanded to Miami, which was a new market. To get the Miami location up and running as fast as possible, IMC partnered with UPS.

“We had to get the right people to run that location and UPS could handle delivery in one hour,” Hicks says. “UPS is the partner that understood the sense of urgency and they have been a great business partner. They also had real estate available in one of their multi-use warehouses, so we formed a business alliance with them.”

“In an industry where reduced time-in-transit is critical to success, it is even more important for IMC to work with partners that can meet the needs of their growing business,” says David O’Leary, vice president of Service Parts Logistics and Returns at UPS. “In this case, the broad range of UPS’s contract logistics solutions made it possible for IMC to enter the Miami market without major investment in the company’s warehousing and distribution infrastructure.”

IMC’s next goal is to have a completely transparent supply chain within the next two years. Johnson is confident IMC can reach this and other goals with its strong team.

“We have great history with our brand – it’s well-recognized and respected – but it’s really our people,” he says. “Their knowledge base and attention to detail is important to our business, and our sales organization knows how to effectively communicate with our target customer. Our people are really connected locally to our customers, giving a very personal touch. Even though we rely a lot on automation and technology, we work hard to ensure the personal touch isn’t lost.” ­­­