Back to Profile Gallery > Coopervision 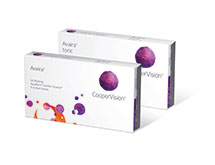 Founded in 1980, Coopervision has always had its eye on growth. The soft contact lens manufacturer is a subsidiary of The Cooper Companies, a global medical device company dating back to 1958.

Since 2005, CooperVision has been the world’s third-largest soft contact lens company. The wide portfolio of products CooperVision has acquired is one of its key differentiators in the global market, but maintaining the robust product list has not been without its challenges.

“One of the ways in which we have grown is through acquisition,” explains Lee Dame, vice president of Americas distribution and global sourcing. “As a consequence of that, we have a distributed ERP landscape. We have 17 to 18 different systems on seven or eight platforms so we are in the midst of moving to one platform and one virtual instance. In the end, we want to end up with one perspective on our business through one system.”

The company chose an Oracle platform and is in the middle of global design. Dame says once it’s deployed, the new system will give the CooperVision supply chain “a singular view of the world.” That is especially helpful since CooperVision’s world is quite large.

CooperVision is positioning itself to address some of the key trends it’s seeing in the market. In addition to consumers’ voices driving diversity in product, Dame says the regulatory environment also plays a big role in the marketplace. Each country’s ministry of health sets requirements for how medical products are labeled and distributed in their respective nations. For instance, the United States recently imposed a regulation that all Class III medical devices distributed in the country must have unique device identification (UDI). The FDA believes it will help identify product problems more quickly, better target recalls and improve patient safety. Dame says that other countries will likely adopt similar rules but it is impossible to predict how similar or dissimilar they will be.

“We can clearly see there’s more complexity in the marketplace with the level of consumer power coming into the marketplace,” Dame says. “And with the regulatory part of it, it’s a compliance issue and if you want to sell in those countries you need to deal with it. We are seeing these changes happening and we are trying to prepare for what we think is the beginning of the trend in that direction.”

In many ways, Dame says, CooperVision is already a step ahead of much of its competition when it comes to addressing these changes. Because of its wide-ranging products, CooperVision is accustomed to dealing with product variation and a complex supply chain.

“We deal with complexity quite well,” Dame says. “In my past lives, I’ve seen planners handling 700, 1,000 or 1,500 SKUs and thought they were planning for a lot of SKUs. Here, we have some that deal with 30,000 to 40,000 SKUs. It changes your perspective on how to deal with issues. You have to be willing to set up the process and trust the process and get your data in good enough shape that the system will plan itself and plan correctly. Dealing with so many SKUs forces that kind of work.”

CooperVision maintains long-term relationships with critical suppliers and this has been one of the keys to CooperVision’s success.

“I have been here for five years but some of our supplier relationships are 30, 40 years old,” Dame explains. “That’s not to say we don’t have new suppliers because as innovation occurs, particularly in R&D, new capabilities are required. But all of our suppliers understand the capabilities and quality systems required to perform in a regulated industry and how their operations tie into our system. A big component of the relationships is knowing how they support us from a quality perspective.”

Dame says the importance of long-term supplier relationships will only increase in the future, as innovation occurs between manufactures and suppliers and supply chains leverage consumer data to better serve customers.

“I once heard it said that in the end what will happen is that a manufacturer along with their customers and suppliers will be competing together against other manufacturers with their own customers and suppliers,” Dame says. “So it will be our group relative to another, and how well we can take cost out of the entire supply chain will determine who is most competitive in the end. So we are focused on supplier relationships and customer relationships and how we can get information through the supply chain faster and more effectively to be most competitive.”