Back to Profile Gallery > Tuesday Morning 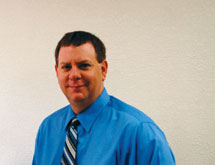 When customers go into a retail store, they expect to come out with what they wanted to purchase with as little hassle as possible. Tuesday Morning knows that can’t happen unless the people behind the supply chain and transportation operations get products where they need to be, when they need to be there.

“Overcoming supply chain challenges is extremely critical for us,” Director of Transportation Brian Turner says. “We run 10 main ads a year, so when our buyers are making buys, we have about five weeks to prepare. From the time the old ad clears until the new ad begins, we have to bring merchandise in, sort it, and get it out to the stores broken down into volume they can handle. We work miracles every month.”

The company was founded in 1974 and is headquartered in Dallas. After nearly 40 years in operation, Tuesday Morning has grown into a successful, nationally recognized company.

The strength of its value proposition to consumers is its philosophy of selling quality discounted designer and name-brand merchandise on an event basis. Along with the retail industry’s peak selling seasons – 10 times per year – Tuesday Morning’s merchandise is priced at well below what is usually charged by department stores and specialty and catalog retailers.

The merchandise mix is arranged by category. It includes everything from rugs, lamps, books, china and luggage to linens, toys, cookware, flatware and seasonal items.

Merchandise is domestic and international, and it includes items from recognizable manufacturers and name brands.

Most of the company’s advertising is done through direct mail and email, as well as scheduled advertising in daily newspapers. However, Tuesday Morning has expanded its use of social media and has an active presence on Twitter, Facebook, YouTube and Pinterest.

Because of the nature of Tuesday Morning’s business model, mastery of the supply chain has become one of its primary concerns. The company ships products from centrally located distribution centers in Dallas. It brings in imported merchandise through several ports. The bulk of imported product arrives through the Port of Los Angeles, but a significant amount also comes through ports in Houston; New York; and Savannah, Ga.

The supply chain initiatives Tuesday Morning has begun should help improve efficiency and reduce operational costs. One of those initiatives applies to some of the products the company imports throughout the West Coast.

Tuesday Morning’s new distribution center bypass program allows the company to keep some product at West Coast ports and directly distribute it to its locations in the region.

The company is also in the middle of transitioning to a new Oracle transportation management system. It began the process of bringing the new system in about a year ago. Tuesday Morning is in the final stages of integration now. After a period of integration testing and running it parallel with the current system, it should be fully up and running by September.

“We started training two people as super users a few months ago, and when we first go live in July we’ll have a 30-day period of training for more people followed by a 30-day period of running parallel with current systems,” Turner explains. “We are paying for a hosted system, which was a smart decision for us. We didn’t just buy something and plug it in. We invested in a hosted system that will be fully supported and integrated.”

Turner says the system will significantly improve the way Tuesday Morning does business. It will help with inbound and outbound planning, invoice management, managing carriers and vendors, and matching outbound with inbound shipments.

In addition, the distribution center bypass program will be married up to the transportation management system, which will help that program to flourish, Turner explains.

Benefits of the new system will be recognized on many fronts. Tuesday Morning works with external carriers, and the system will be able to prioritize multiple variables, providing data on carrier performance in areas such as service, on-time delivery, cost and rate per mile.

“The system includes a business intelligence unit that can provide vendor and carrier scorecards,” Turner says. “Our two key components will be rate per mile and service. We’ll have all kinds of data that will help run the business more efficiently.”

The transportation management system will also provide more real-time feedback to carriers on whether or not they are meeting each store’s delivery window. Tuesday Morning will be better able to let carriers know when they were expected and when they actually arrived, and give real-time data to the stores on when they can expect deliveries.

“Carriers and vendors will love the system,” Turner says. “They will be able to access the system through a web portal and let us know when merchandise is ready for pick up.

“As we bring on new partners down the road, the portal will have vendor guidelines they can access to help them when they join us.”

Turner believes that the system should help Tuesday Morning realize a two to three percent savings on supply chain operations, while also allowing the company to ship continuously throughout the year and optimize routes.

“If you look at the bottom line for us, it is imperative that we get everything to the stores as quick as we can to increase sales,” Turner stresses. “We have taken a very exciting path with supply chain.

“We are tackling many different aspects of supply chain that will help us achieve our business goals and make us more efficient.”