Back to Profile Gallery > Duke Energy 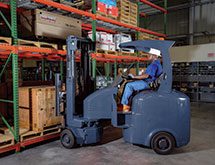 More than 7 million customers across the United States rely on Duke Energy to provide them with the electrical power they need to keep their homes and businesses running smoothly. This makes Duke Energy the largest electric power holding company in the nation, and the company understands that an effective and efficient supply chain is crucial for the massive responsibility it has. As a long-time veteran of the supply chain side of the business, Managing Director of Supply Chain Sheri Straw knows what it takes to ensure Duke Energy’s supply chain is on point and operating to the best of its potential.

Straw says a strong supply chain requires the cooperation and collaboration of critical business partners, and Duke Energy has developed a model that allows it to work closely with suppliers to create significant value. This model allows the company to leverage its significant scale to provide for more efficient sourcing and major savings for the company. According to Straw, this strategic model is responsible for keeping Duke Energy competitive and successful, and has resulted in numerous long-term relationships with key suppliers.

Even though massive upgrades to the nation’s transmission and distribution systems are placing enormous pressure on supply chains throughout the industry, Straw says Duke Energy is in a good position thanks to its integrated supplier model. The company continues to seek out areas of improvement in terms of the relationships it has with its key suppliers, and in doing so it strengthens the bonds it has with them, resulting in a leaner and more effective supply chain. As Duke Energy moves forward, Straw says, a high-functioning supply chain will only become more important.

The key to Duke Energy’s success with its supply chain has been its strategic sourcing initiatives, according to Straw, and this is made possible by the company’s integrated supplier model. “That has been an area of focus to really leverage the scale of the company,” she says.

Duke Energy’s integrated supplier model engages suppliers and leverages their core competencies in a way that takes the burden for many activities off of Duke Energy’s internal team and relies on the suppliers’ expertise. Straw says this system is enacted for suppliers that make up a large percentage of the company’s purchase orders but a small percentage of its spend. Straw says that collectively, about three quarters of Duke Energy’s purchase transactions only account for about one quarter of the company’s expenditures. By utilizing the integrated supplier model, Straw says, the company can focus on sourcing the strategic materials and services that make up the larger portion of its spending.

Through the integrated supplier model, Duke Energy relies on its suppliers’ expertise in areas including e-commerce transaction automation, cross-docking and reduced packaging, Straw says. By taking smaller tasks like these off of the company’s hands, Duke Energy frees up its internal staff to focus on the areas where the company spends the most money.

According to Straw, Duke Energy’s integrated supplier model has become even more beneficial for the company and its partners because of the pressures put on the company and other transmission and distribution companies. All across the country, investment in improving power grids has increased as utilities become concerned about modernizing their aging infrastructure to meet the demand of the future.

These grid modernization efforts have required Duke Energy and other energy companies to make substantial improvements to its infrastructure, which means working with many new suppliers. Straw says the company has been focused on incorporating more partners into its supply chain operations as well as improving demand planning with existing partners. She says Duke Energy is benefiting from the insight of its partners in that regard to make further improvements.

Duke Energy continues to make improvements aimed at helping it meet the challenges and demands of the future. At the moment, Straw says, the company is focused on workforce issues such as retention and development. The utility industry is especially susceptible to the challenges of an aging workforce as young people choose other career paths, so Duke Energy is one of numerous utility companies that are working hard to develop long-term strategies built around attracting and retaining the most talented young people available. “We’re working  hard on a number of programs to strengthen all employees and be prepared for the future,” Straw says. “I think every utility right now is experiencing different constraints on resources.”

Duke Energy also is focused on improving other areas of its operations, including operational excellence and safety performance. Straw says the company is looking far into the future to predict the effects the changing generational profile of the workforce and the rise of renewable energy will have on the company. “All of those things introduce different challenges for your supply chain,” she says, but adds that the model Duke Energy has developed for it and its suppliers should provide the company with a strong platform for moving forward.