Back to Profile Gallery > Retail 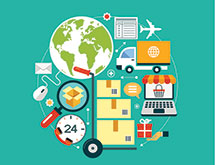 Direct store delivery (DSD) is an ongoing area of focus for many retail organizations. Recently, SAP and Mondelez International made some announcements that will have an impact on the world of DSD.

Oswalt will be based in East Hanover, N.J. She joined the company in 1996 as a sales finance analyst and has progressed through a range of cross-functional roles within the customer team, retail, supply chain, strategy and finance organizations, in both field and headquarters assignments.

Most recently, she was vice president of sales for the west area, a position to which she was appointed in 2012. Prior to that, she spent a year as customer vice president for business development, playing a key leadership role in establishing two distinct customer teams and retail sales organizations to support the Kraft Foods/Mondelez International businesses as they divided into two independent public companies.

Among her many career highlights, Oswalt held the role of Walmart customer vice president of beverage and grocery from 2008 to 2010, during which she and her team delivered unprecedented successive revenue and share growth for the business and were named Walmart’s supplier of the year.

The National Association of Convenience Stores and Coca-Cola Retailing Research Council (NACS/CCRRC) also recently issued a resource to help convenience stores. Called the Playbook for Success, this hands-on instruction guide was produced as a step-by-step manual after conducting research with c-store operators to determine factors that impact profitability.

Among its suggestions, the Playbook for Success looks at direct store delivery as an option for retailers seeking other ways to position their operations for success. Thought it can become an expensive route to market for suppliers, it can also produce powerful advantages for convenience retailers. These opportunities are enhanced if it includes visits from a professional team supporting both business development and product replenishment.