Back to Profile Gallery > Energy & Mining 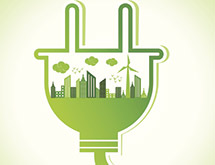 Smart meters free utility companies from having to dispatch meter-readers to collect billing information. What’s more, they provide near real-time information about energy consumption. In 2012, the United Kingdom mandated that every residence and small business install smart meters by 2020 as part of a long-range plan to reduce carbon emissions. That equates to at least 53 million smart meters. Between 2012 and 2030, the policy will have a net benefit of an estimated $21 billion, according to an Oxford Economics research report commissioned by British Gas.

But reducing those carbon emissions and energy costs is anything but simple. For British Gas, the U.K.’s largest energy utility, the policy requires reinventing an aging supply chain management system. It needed to schedule millions of smart meter installations and track the flow of new and old meters between its distribution centers and customer buildings. With TCS’ help, British Gas has modernized quickly: enabling an industrial-strength supply chain management system; accelerating implementation time without increasing errors; and establishing precise planning for a major reverse logistics initiative.

British Gas needed the system to support the installation of millions of smart meters. It had to track supplies of the new meters, monitor the recovery of the old ones, process orders and direct service engineers in delivery vans to customer locations. It also had to optimize warehouse space.

Installing new smart meters faster was only one benefit. Others included:

+ Lower warehousing costs. British Gas must pay meter suppliers extra money when a meter is stuck in its supply chain for more than 90 days. This project reduced the proportion of meters held over that limit by 75 percent, thus reducing costs.

+ A stronger reverse logistics capability. British Gas replaces old meters and recoups value by refurbishing and returning them to third-party suppliers. But they can disappear between when they’re removed and when they’re ready to be returned. The new system tracks 60 percent of these return assets.

2.Roll out the project in phases. TCS advised British Gas to do the release in phases. The team chose system elements that could be deployed in four months, with the remainder five months later. The phased approach accelerated rollout. Teams could test and adjust elements of the system along the way. The approach demonstrated the system’s financial benefits to senior management long before the last release was implemented and employees learned work routines earlier.

3.Bring experts in business and technology change. The smart meter mandate forced British Gas to rapidly master new skills. We brought in experts in reverse logistics, large-scale order fulfillment and other business processes. Each supply chain process had IT and business experts assigned.