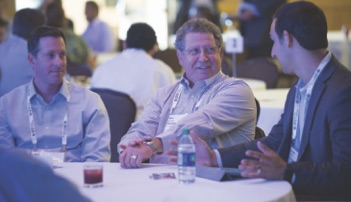 According to data from ProcureCon Indirect East’s 2016 Benchmark report, 52 percent of procurement groups are now centralized. By contrast, only 12 percent were still decentralized, indicating that the level of maturity around procurement’s role in the organization is continuing to grow. This year from September 19th to the 21st, the ProcureCon Indirect West conference will be meeting at the JW Marriot in Scottsdale, Arizona. Addressing the significant growth of the procurement role and where it is headed, the conference brings some of the brightest minds in procurement together every year.

In 2016, procurement is seeking to continue the expansion of their jurisdictions, touching spending in indirect categories that have long been considered holdouts. This can be seen in the 31 percent of procurement departments that now have a category manager responsible for the energy category, something that in the past might have been handled by a building or site manager. Similarly, within many organizations IT sourcing is now no longer the sole domain of the technology department, and rather than solely participating in negotiations, procurement will act as a value building consultant through the whole process alongside their peers in IT.

Apart from procurement’s developing role in the management of a growing range of categories, the department is also taking steps to gain better visibility over the indirect purchasing that is already within their responsibilities. In 2016, 30 percent of procurement groups now manage over 80 percent of the addressable spend within their organizations, however managing compliance around “one-off” or rogue purchases is still a significant challenge. In 42 percent of cases where an item is purchased outside of procurement guidelines, the reason is because of impatience and unwillingness to comply with procurement processes. Curtailing rogue buying behaviors starts with understanding the reasons why employees go around them, then offering them the means to comply while eliminating the friction in the process. The main issues that arise when procurement is unable to stop rogue buying behaviors include fragmentation of the supplier base, which means procurement’s ability to win concessions during negotiations can be undermined due to a lack of consolidation.

Despite the many challenges that procurement faces, their efforts have not gone unrecognized by the C-Suite, and currently 62 percent report that the level of value management places on procurement is at a four or greater on a five point scale, with five being the highest ranking. This level of value is hard won, but means that procurement’s role will now continue to grow, having gained the status of trusted advisors within the ranks of core business leadership. Along with this trust comes enhanced visibility, earlier involvement in sourcing initiatives, and the voice to request the full breadth of resources and solutions that the procurement department requires for effectiveness. However, the success of the procurement department within the business belies some of the challenges that all but the most prominent will face in the coming years, namely around attracting the talent that will build on and continue work that has already been undertaken.

Prominent in the agenda for ProcureCon Indirect West 2016, day three is dedicated to addressing challenges around attracting talent and answering questions of succession. With a growing emphasis on collaboration with a broad range of other departments, as well as a need for credibility around niche sourcing categories, the hunt for top procurement talent has intensified. A candidate now should possess the so-called “soft skills” necessary to internally sell the role of the department, as well as the aptitudes required to learn negotiation and tactical execution best practices. This type of candidate can be hard to find, and when the prospect of adding specific category knowledge on top of that pedigree enters the picture, it’s not surprising that hiring for procurement is becoming more challenging in many cases. On the significance of procurement’s developing emphasis on talent management, Frank Musero, producer of the ProcureCon event series, points out that “past generations learned ‘on the job in a trial by fire approach’ to negotiate deals. That approach is no longer good enough for one very important reason: most B2B deals are much more complex than ever before. Therefore, your organization simply cannot afford to allow a generation of workers to sink or swim. It’s time for organizations to re-think negotiation skills training, from design to delivery to content that will leverage Millennials’ natural collaborative work styles.”

Adding to the value of this year’s event is the opportunity to benchmark progress over the past year. An on-site benchmarking survey will serve as the basis for the annual ProcureCon Indirect West Benchmark Report. Based on last year’s findings, it’s likely that trends towards greater centralization and consolidation of spend management jurisdictions will continue. With representation from procurement executives across many industries, the event’s opportunities to benchmark are supported by the chance to speak with the leaders who are leading the redefinition of the department. Those interested in staying ahead of the curve of procurement best practices can’t afford to miss this year’s conference. From September 19th to the 21st, the JW Marriot in Scottsdale, Arizona, will be transformed into a hub of innovation and thought leadership.