Back to Profile Gallery > Boston Scientific 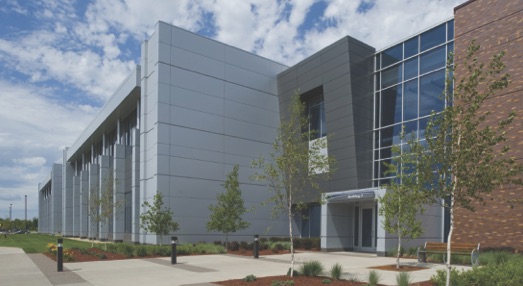 There are few manufacturers that touch as many people’s lives in as meaningful a way as Boston Scientific. The global medical solutions manufacturer produces approximately 15,000 different products used in treatments ranging from gastroenterology to gynecology to neurological surgery to cardiac rhythm management. 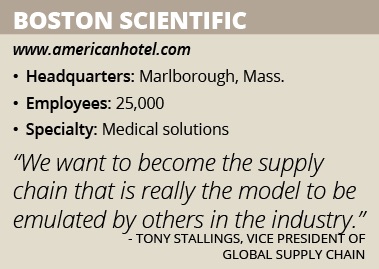 Complete Approach
Stallings says his approach is based on the four traditional aspects of the supply chain: plan, source, make and deliver. In terms of where Boston Scientific was a few years ago, the company was one of the strongest in the industry at the make aspect of that model, with one of the highest-performing and most cost-efficient manufacturing networks in the life sciences  sector. However, when Stallings joined the company he saw opportunities to create greater efficiencies in the other aspects of the company’s supply chain.
To determine where these improvements could be made, Stallings approached the company’s supply chain with a three-pronged initiative. “I tend to break things down and look at them  from the aspects of people, process and technology,” he says.
From a people perspective, Stallings has helped guide Boston Scientific into a structure that drives greater communication, connectivity, coordination and continuity between decision-makers at all levels of the company’s supply chain. Stronger communications leads to greater transparency and more efficient operations, he says.
In terms of process, Stallings has implemented several practices he has seen in other sectors to drive greater improvements in Boston Scientific’s supply chain. One of the most prominent has been the implementation of a control tower model to create a central hub through which all supply chain information flows. Stallings says inventory optimization modeling and integrated business planning are other practices Boston Scientific  is implementing across its supply chain to measurable success so far. Key to those processes’ success is how they enable the company’s decision-makers to receive and analyze the data necessary to make the right calls for customers.
On the technology side of the equation, Stallings says Boston Scientific is looking for technology platforms that will become foundational in terms of enabling the company to best implement the people and process aspects of the supply chain. He says software that allows the company to capture, analyze and manage data is crucial for the overall success of its efforts.
Becoming the Model
All of this is being done in service of making Boston Scientific more responsive to customers’ needs and better complementing the company’s world-class manufacturing capabilities. “Our biggest challenge is that we need to move to a more inside-out approach in terms of our supply chain, and by that I mean to be truly customer-centric when it comes to supply chain operations,” Stallings says.
Fortunately, Stallings adds, the measures that Boston Scientific has taken under his guidance already have gone a long way toward bringing the other aspects of the company’s supply chain up to the same standards as its manufacturing. “That will really enable us to become truly customer-centric, gain that inside-out approach and move from being product suppliers to our customers to problem-solvers and solution providers,” he says.
“We want to become the supply chain that is really the model to be emulated by others in the industry,” Stallings says.