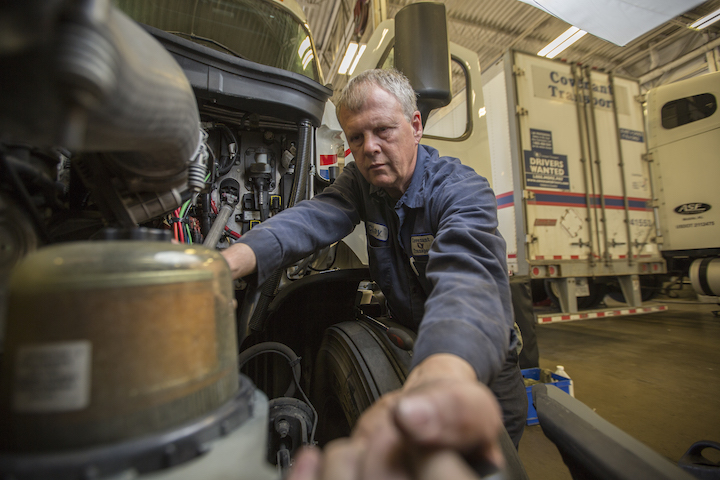 For more than 30 years, Covenant Transportation Group (CTG) Inc. has been guided by values such as perseverance, hard work, faith, humility, planning and talent management. “Those are the keys to [getting us] where we are today,” President Joey Hogan declares.

Based in Chattanooga, Tenn., the transportation and logistics services firm is a holding company for multiple business units with offerings that range from truckload and intermodal freight transportation to tractor/trailer sales and leasing. Founders David and Jacqueline Parker started CTG in 1986 with just 25 trucks. 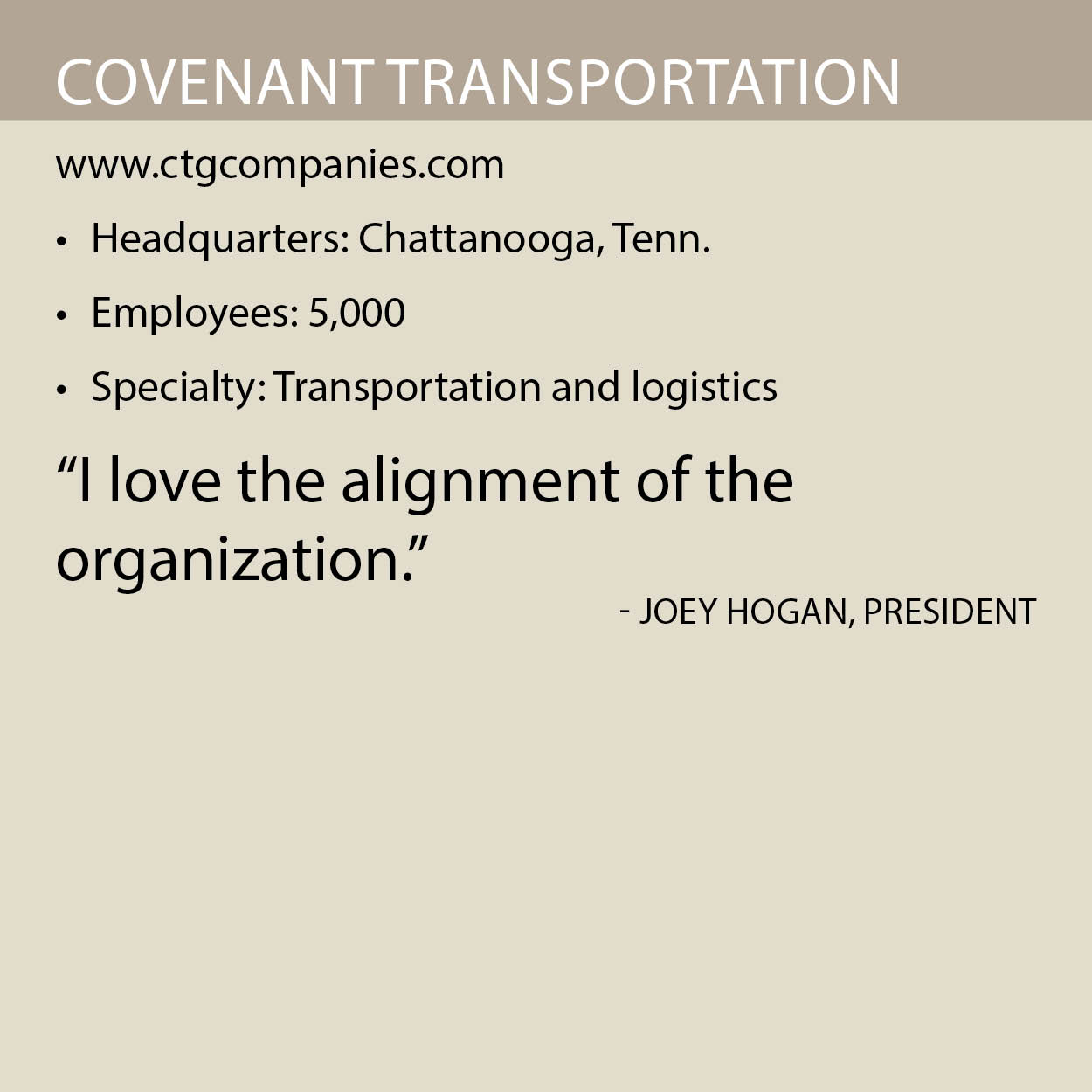 CTG primarily serves four markets through its companies, including those that require expedited service. “We have about 1,000 teams focused on running 1,000 miles in a day,” he says, noting that these teams move products such as e-commerce and organic produce.

The companies also provide large refrigerated product transport, which is a steady market for CTG. “People eat in good economies, and in bad economies they still eat,” Hogan says. “They also will need their pharmaceutical drugs.

“We also have a growing, dedicated product offering that focuses on supplying capacity to shippers across the country,” he continues, noting that CTG also offers managed transportation services, ranging from brokerage operations to logistics. “We really like those four [niches].”

On the Right Tracks

CTG regularly invests in its operations, which has included the purchase of predictive analytic tools. These help the company predict when a professional driver is about to have an accident, or is preparing to leave the company, Hogan says.

It also helps CTG decide which applicants are good fits for the company. After using the tools for six years, “They’re producing some really neat results,” Hogan reports.

For example, “We’ve got some modeling that has been proven out on the safety and retention side,” he says, noting that the company also invested in other technologies “that helped lower our safety scores and save some lives.”

CTG also has invested in a talent management program, where it holds group work sessions with managers and speaks with them about how they lead others, as well as key values and traits. “We talk about how those relate to you and how do you relate to your people,” he explains.

The company is completing its third year of sessions with its senior managers, where they learn about operating a multi-company enterprise from different locations. The leaders also build relationships with one another, tearing down the walls between them.

“It’s helping increase the collaborations across the enterprise,” Hogan says. “The participants each year also will go through a scoring survey [so we know] if we’re on the right track or not.” 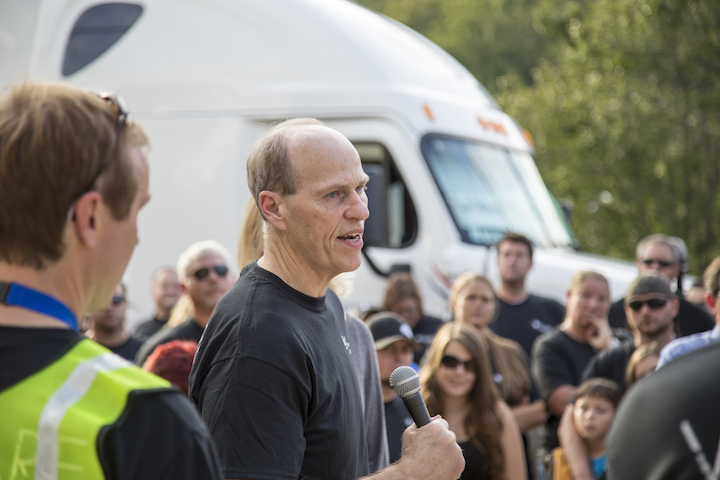 Hogan is celebrating his 20th anniversary at CTG. After a career in public accounting, he joined the firm as its CFO in 1997, and became its COO 10 years later. “Last year, I moved to president of the group,” he recalls.

“We’ve had some rough times when people in the marketplace wondered if we were going to make it,” he admits, but asserts that the company defied those expectations. This has allowed many of CTG’s employees to have fulfilling careers.

“I’m proud that people are starting to retire with a big smile on their face,” he says, noting that some of CTG’s associates also bring the company pride by participating in competitions.

CTG is prepared for the next five years of the trucking industry, which could be some of the best in its history, Hogan predicts. “I love the alignment of the organization,” he says. “It’s set up for the next period of time.

“Carriers have suffered as a whole for the last nine years,” Hogan says, noting that some companies were forced to close their doors. “The folks still standing today are going to have some good times. We’re going to participate along with the people we have today.”