Back to Profile Gallery > Jacuzzi 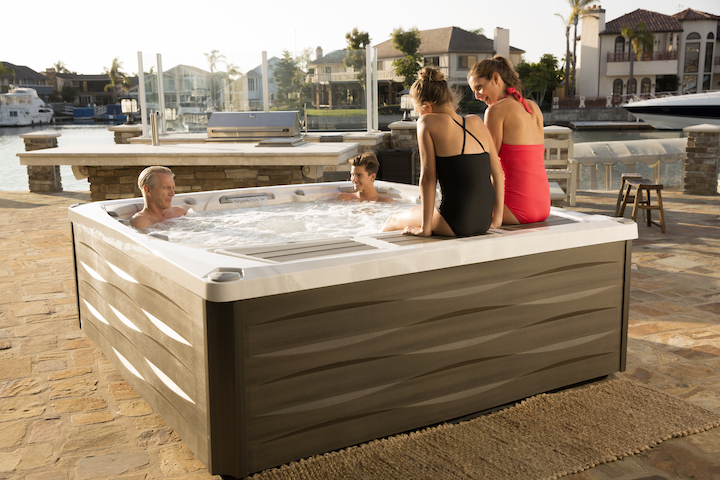 As one of the most recognizable brand names in the world when it comes to hot tubs and bathtubs, the reputation of the Jacuzzi® brand depends on a smooth and efficient supply chain. And, as Vice President of Sourcing and Procurement Ritchie Taylor explains, that means the company places great emphasis on partnering with vendors and suppliers that can meet its needs and work with Jacuzzi to develop the strongest supply chain processes in the industry. Through a number of initiatives and strategies over the last decade or so, Jacuzzi and its partners have accomplished that, but the company continues to look for new ways to improve the speed and flexibility of its supply chain.

The Jacuzzi brand is a global leader in the manufacturing of hot tubs and bathtubs. The company pioneered the J-300 at-home hydromassage pump in the 1940s, utilizing a technology that was derived from an innovative water pump developed by the company’s founders in 1920. 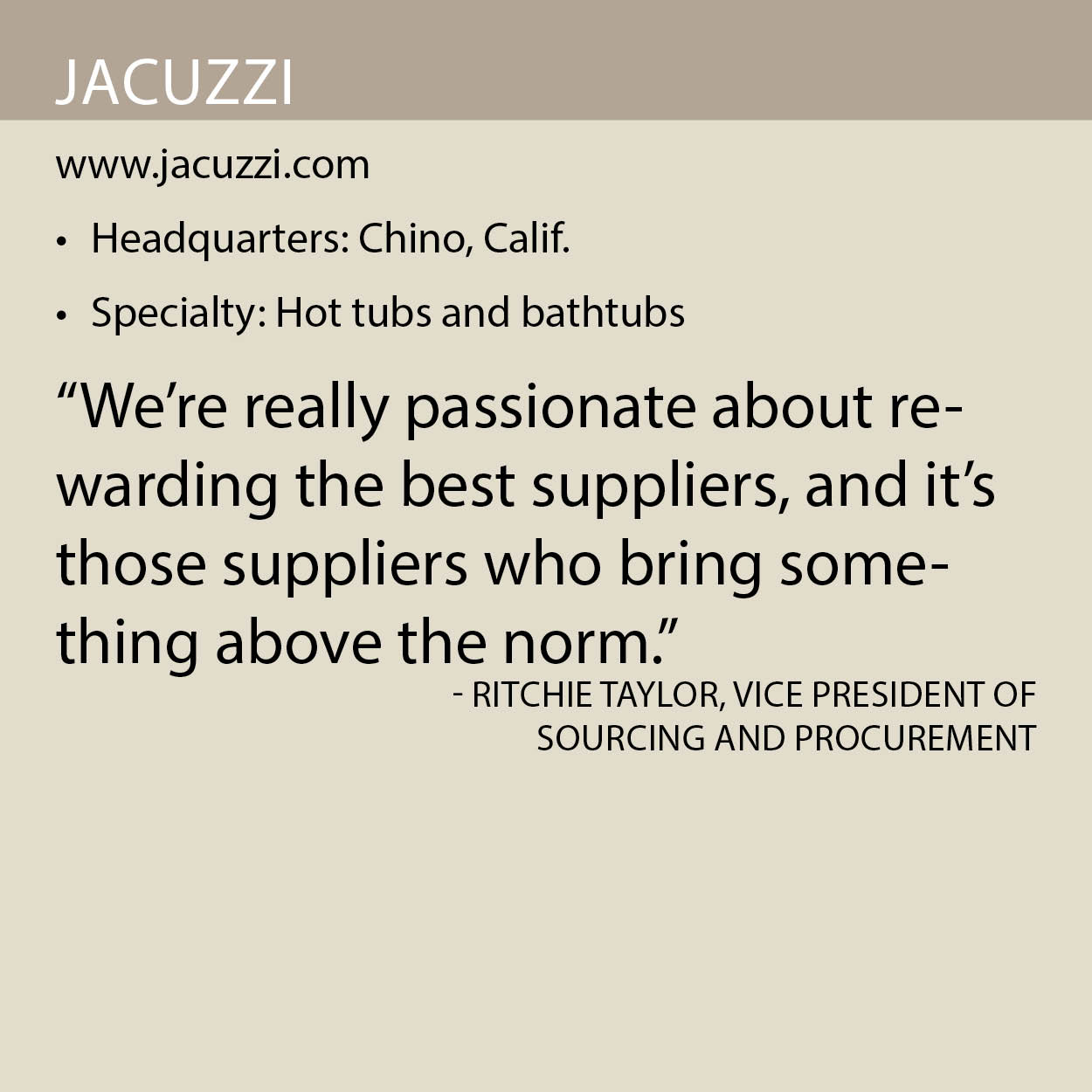 The pump technology originally was created to draw water out of the ground for agricultural purposes, but in 1956 the Jacuzzi family adapted it for hydrotherapy in response to a family member’s need for pain relief. The portable hydrotherapy pump they developed became a revolutionary product, and established the Jacuzzi brand as the leading name in hot tubs and whirlpool bathtubs.

Today, Jacuzzi is a worldwide operation, with facilities around the globe including the United States, Mexico, Brazil and Italy. The company’s enormous footprint means a best-in-class supply chain is absolutely critical for its continued success, and Taylor says working with partners to employ industry-leading best practices has been one of his priorities since joining the company more than three years ago. A sourcing and procurement veteran for nearly 30 years, Taylor came to Jacuzzi after many years holding similar roles for manufacturers such as The Fiat Group and Stanley Black & Decker.

Since joining Jacuzzi, Taylor says he and his team have been focused on improving the company’s supply chain performance in a number of key areas, but he says those can all be summed up in one basic concept. “I think if you look at best practice from a supply chain perspective, what I’d call out is supply chain agility,” he says.

In the past, Taylor continues, supply chain performance was judged almost entirely from a bottom-line perspective, especially in terms of procurement. These days, however, supply chain professionals have honed their focus to take a more holistic view of the supply chain into consideration. “The days are definitely long gone when cost was the only consideration,” Taylor says. “You’ve got to be competitive [on cost] to be in the running, but these days we place a lot more emphasis on supply chain agility.”

Although cost remains a critical component of the decision-making process, factors such as a supplier’s technical ability and speed to market also impact the overall efficacy of their partnership with Jacuzzi. Taylor says Jacuzzi’s internal practices are centered on driving velocity and flexibility in the supply chain.

Creating greater velocity within Jacuzzi’s supply chain means working with suppliers that are strategically located close to the company’s manufacturing facilities to reduce lead times, but this is not the only strategy the company employs to that end. Taylor says the company works with suppliers to keep inventory levels at suppliers’ facilities at a predetermined minimum at all times. As soon as stock levels drop below that predetermined threshold, he adds, the supplier is automatically authorized to restock the component or material. “It’s very much like a virtual kanban,” Taylor explains.

In one of the key systems developed by Jacuzzi to cut down on lead times with its suppliers, a supplier builds components to a generic level before receiving a purchase order for a specific component. At that point, the supplier applies the finishing touches to that component. Taylor says the company utilizes this system with multiple vendors, cutting lead times from 120 days to a single week. “This is an example of supply chain agility at its best,” he says.

Taylor says Jacuzzi is watching with great interest to see whether Donald Trump will uphold his campaign promise of imposing large tariffs on companies that manufacture outside of the United States. Overall, though, Jacuzzi’s goal is to continue to work with suppliers that will enhance its overall supply chain operations. “We want to improve our supplier partnerships,” he says.

“We’re really passionate about rewarding the best suppliers, and it’s those suppliers who bring something above the norm,” Taylor adds.